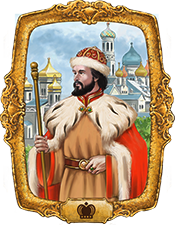 Emperor is the highest rank on Clone Earth. The emperor is universally respected.