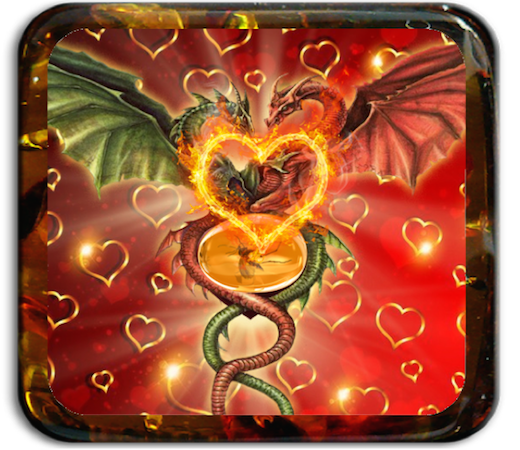 The first dragons on Clone Earth were bred artificially - in the centers of genetic engineering. This type of reproduction is possible if an amber stone with a drop of reptile blood is available to the host.

From the 101st day of life up to and including the 900th day, dragons can reproduce on their own. The possibility of mating comes in this case, subject to reaching a certain weight: the male 800 kg, the female 700 kg. For this, a pair of dragons must reside in special amber caves.

If a female dragon has a rider and is ready for a combat flight, it is impossible to mate a male with her. A pregnant female dragon needs to rest and therefore cannot make combat sorties.

Carrying a fetus lasts 90 days. The next mating after the birth of a cub may not happen before 60 days. The male rests the same amount after the last mating.

There is a certain condition for the baby dragon to be born: the female will give birth only in the princely amber caves. Moving a pregnant female dragon to another residence is very, very dangerous, so none of the owners of these mystical animals would ever disturb a pregnant female and under no circumstances would sell her at a dragon fair.

To calculate the weight of a newborn dragon baby, take 10% of the sum of its parents' weights.

The weight of each newborn dragon is affected by the value of the inbreeding coefficient (the close relationship between the future parents ). At the highest inbreeding rate, a dragon can lose up to 70% of the weight it would have had at birth with zero inbreeding rate.

The owner must prepare a free space for the baby in the amber caves or in the caves under the castle (anywhere in the account) before the baby is born. Immediately after birth, the baby is sure to take 1 free space (if necessary - will be moved to another cave). If there are no seats available, the parents will just eat him up...

These animals are still being studied by scientists of the Clone Earth, and the influence of certain factors is being clarified. Therefore, there may be new discoveries related to the life and reproduction of these ancient lizards.